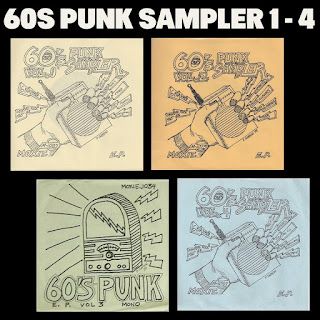 Moxie Records released a bunch of cool stuff in the late 70s into the late 80s.
It was run by one eccentric character: Dave Gibson. He was also responsible for the fancy artwork.
I'm really curious about Dave Gibson. I don't know anything about him, but I think he was some kind of DIY entrepreneur, a flee-market rat, a hoarder and a well-functioning nut - like most successful fans of this genre seem to be. Cheers mr. Gibson!

I put all 4 EP into one zip - to make shit easier for you. Cause I care.

I also create my own comps. They can be found here and there and they carry the tag "R.I.P Records".

Don't forget to support your local dealer like Crypt Records, Norton and such.